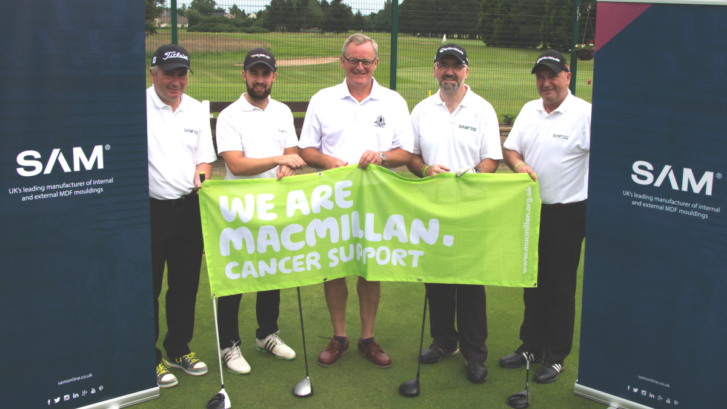 On Wednesday 21st June, four brave men took on the huge task of playing four rounds of golf all in one day (that’s 72 holes and about 300 shots – depending on their skill level obviously!).

Craig Buchanan, Gerard Wilson, Stefan Kerr and Tim Patton arrived at Ballymena Golf Course early in the morning to complete the challenge in aid of Macmillan Cancer Support.  Competition was fierce on a hot summer’s day but Mr Wilson came out on top with the highest score (and that’s even after being the only one to carry his bag around all day!).

The results weren’t important though and at the end of the day, the sunburn, low energy levels and sore feet were all worth it as our golfing heroes managed to raise just short of £1400 for our charity partner thanks to generous donations from family, friends, colleagues and suppliers.

Well done to everyone involved – a great event for a fantastic cause!