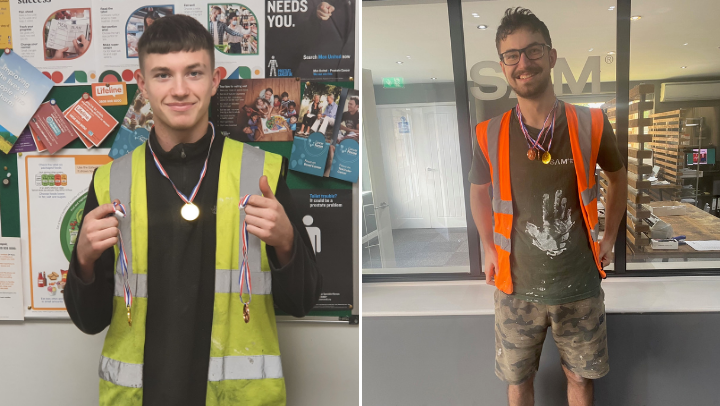 The SAM team pulled together to compete in a two day ‘SAM Olympics’ across both sites in Antrim and Donington as part of the company’s fundraising activities for chosen charity, the Mental Health Foundation.

The team were keen to get involved and competition was fierce, raising a total of £454 for the Mental Health Foundation.

SAM selected the Mental Health Foundation as their chosen charity for the financial year. It has been the UK’s leading charity for mental health since 1949, focusing on finding and addressing the source of mental health problems and working towards prevention.

Tim Patton, ICT Director and Health Champion at SAM, commented: “The Olympic spirit of ‘Faster, Higher, Stronger – Together’ was definitely on display during the two day SAM Olympics held at our Antrim and Donington factories this September. All departments and shifts were represented, and it was a great way to bring the whole team together. New records were set and then broken again and again. In the end, laughter and fun were the definite winners – the entertainment was great and of course we were able to raise money for a brilliant cause.”

SAM Donington Olympic champion, Gustas Zakarauskas, said: “The SAM Olympics was a great team bonding experience and also a lot of fun for a good cause, I was happy to be able to partake in such an event.”

Nathan McKee, SAM Antrim Olympic champion, added: “It was a good day’s fun and it was all for a good cause.”

This is the second charity event that SAM has organised with donations going to the Mental Health Foundation. The company are keen to continue promoting good practice for mental wellbeing by participating in future fundraising activities.

For more information on the Mental Health Foundation visit mentalhealth.org.uk.