A group of brave SAM team members joined forces with the Cutters Wharf Dragon boats to compete against other local companies in races along the River Lagan on Saturday 2nd September.  Their mission?  To raise as much money as possible for people living with cancer through Macmillan Cancer Support.

The sun shone all day and our group of rowers, supported by their friends and family, got to the semi-finals and placed third overall – a fantastic achievement considering they had less people in the boat than the other two teams!

They celebrated their success with a BBQ and a few pints in the Cutters Wharf beer garden and a great day was had by all.  We are still waiting on final figures to come in but the team has raised over £1000 so far so a massive well 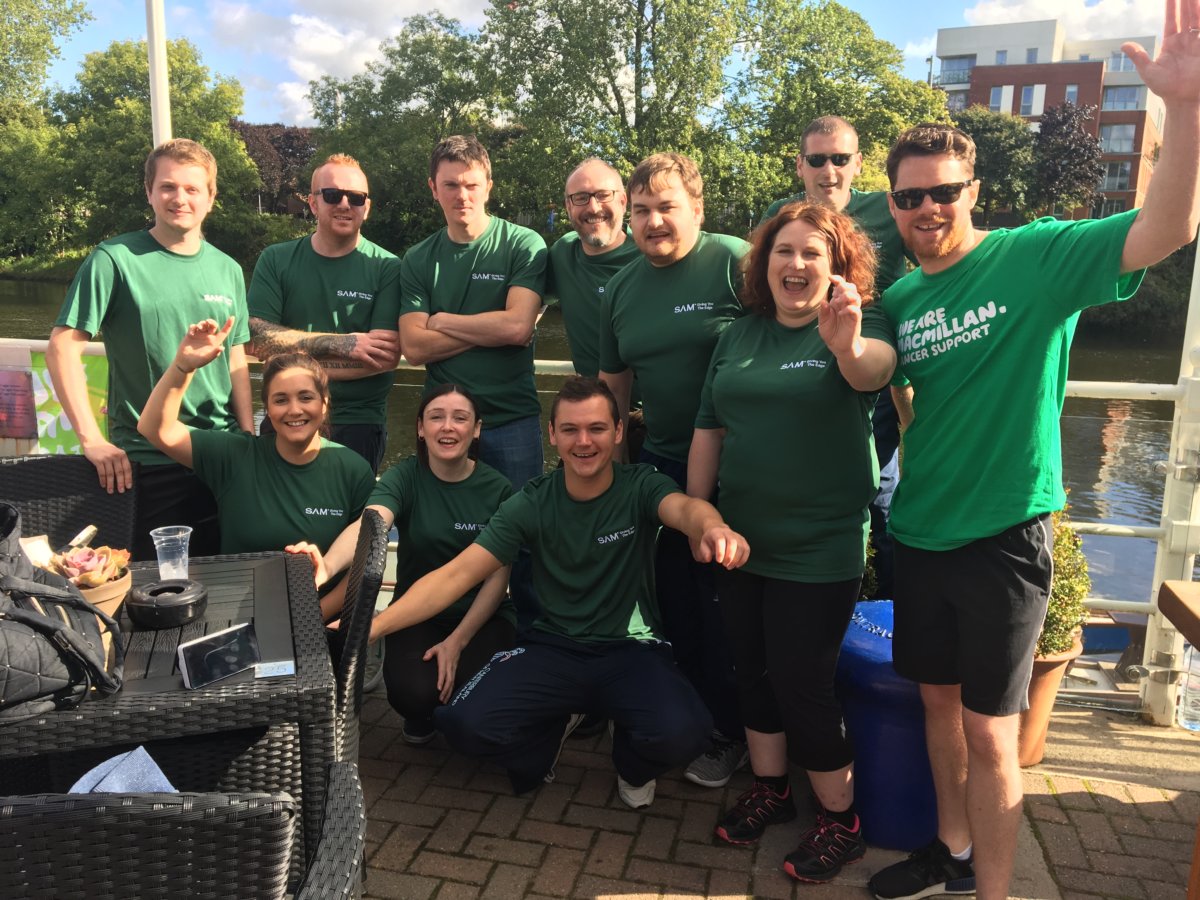